I've met big dogs, beauties, bad girls, lovable lugs, sensitive males, new agers, beboppers, millennials, hunks, metaphysical magi, earth mothers, effervescent evangelists, and more. We've all got our acts and they change from time to time. But, lordy, don't take your act too seriously or, when it gets blasted by folks or fits of fate, you'll get defensive, and probably make an ass out of yourself, all in the service of keeping your act intact.

John Prine had a good point when he sang, "You are what you are and you ain't what you ain't." Socrates made a great statement on the same theme when he said, "Know Thyself." We've all got our advertising, our facade, the numbers we run. They're part of humanhood. But you'll feel better and have far more enjoyable relationships if you'll allow the natural you lots of space to come out and roam about.

Namely, let your act reflect you, your preferences, and your ideas rather than some trumped-up version of how you imagine you're supposed to be.

Expressing to someone your thoughts and feelings about them has been called "taking a risk." It's not like kayaking down the Green River, but still, when you express what is true for you about another person, you don't know if you're going to get roses or rotten tomatoes, especially if what you're revealing is more confrontational than complimentary. So why do it?

It's exciting, that's why.

And the possibilities that it opens up can knock your socks off. It gives others the opportunity to know and like you rather than just to applaud or reject your act, and it gives you at least a shot at intimacy. It opens up the possibility of love, and often it feels terrific - like coming out of a dark hiding place, a place where you're safe but bored. It's a way of popping out of your disguise (pleasant though your disguise may be), landing on your feet in front of another breathing feeling human being, and saying, "I'm me and I'm here. Who and where are you?" It gives others a chance to know you and it invites them to come out and cavort with you. Over the last several years, one client after another has bombarded me with reams of reasons why this sort of open display of selfhood is dangerous, if not downright foolhardy. And maybe sometimes it is. I'll admit it. But most of the objections I've heard don't hold water.

One client of mine finally got my drift and made an admirable, gutsy, perhaps even overzealous run at unabashedly putting himself "out there" by giving a woman he adored, but had dated for only two months, an expensive piece of artwork. While this gentleman is well-heeled, he is not rolling in dough, nor is he weak-minded. But he is loving and knows himself well enough to know that he derives great pleasure from giving. He described to me in detail how much he enjoyed planning the purchase, picking the piece out, and picturing giving it to the lovely lady of his dreams. When he surprised her with the artwork, she stammered and stuttered and said she didn't know if she should keep it. He just kept looking at her, beaming with glee at the pleasure of giving it to her and the excitement inherent in the predictability of the moment, until it occurred to him that she wanted him to resolve her discomfort by insisting that she keep the piece or return it to him. But this man is a clear thinker. He knows where he ends and others begin. He just kept smiling and said something like, "Oh, that's up to you. That's your part. My part was to give it to you."

She loved the artwork (and as it turned out, him as well). In the process they both learned something about responsibility, which is really no more than "response-ability." You can greatly enhance your "response-ability" and the clarity and simplicity of your life by at least strongly considering giving honest expression to your feelings and letting others select and take responsibility for their responses to you. To not consider potential consequences for your actions would, of course, be less than wise. But remember, catastrophic expectations, like dreams of glory, all occur in a fantastic field of make-believe.

If you imagine the field is filled with land mines, you are likely to freeze in one spot and forget that while life, sure enough, is one damn thing after another, it does not have to be the same damn thing over and over again.

I'm not big on rules, especially rules for something as every-evolving as life on planet earth, and I would be the last one to tell you to always be open or to always be closed when you're wondering whether to act on your thoughts and feelings about others. The key, once again, is that you have a choice. But before choosing to play it safe time after time by keeping your feelings and opinions to yourself, or being oh-so-cautious in how you express them, at least consider the potential for pleasure and excitement you might get from the simple act of wide-open expression - with words or actions.

Excellence is a Habit 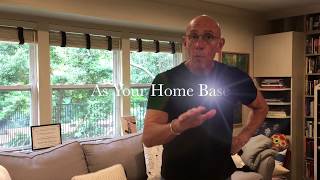 More on the Basics of Pleasure 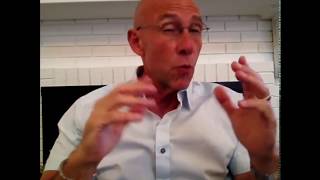 The Boundary of Your Skin 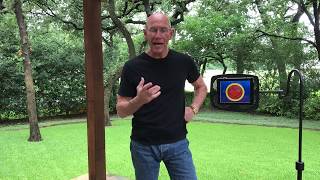 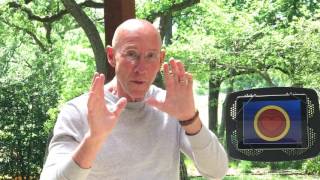 Gremlins: Out of the Mind, On to the Paper: Gallery One 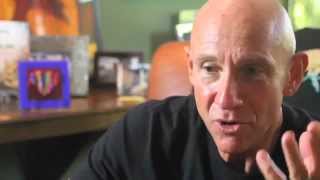 Make Feeling at Peace Your Number One Priority: The Gremlin-Taming Method®: Video Two 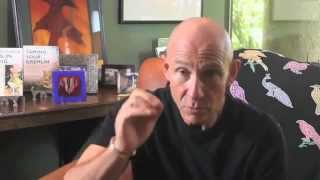 Tapping Into That Beautiful Thing That You Really Are on the Inside: Taming Your Gremlin Part 1 Vide

Your Skin as a Boundary and Receptor